What’s up with Snowmass’ Iconic Mountain?

You can’t miss it. The flat-ish topped peak with a small notch in it. The wide diagonal stripe across is distinctive. It is an iconic peak that greets every visitor as they drive into the village. While Snowmass is surrounded by 14ers like Snowmass Mountain and Capitol Peak, Mt. Daly rises to 13,300 feet, just 700 feet shy of the fame and glory of 14er distinction. While Daly’s elevation keeps it under the radar, its aesthetic is far from discreet. 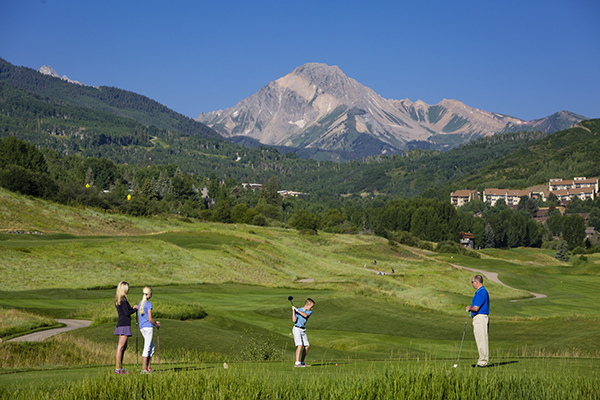 The peak’s southwest face features a large diagonal stripe of lighter rock visible even from the village that scientists call a geologic dike. Basically, this stripe is a sheet of rock formed in a fracture of an older body of rock. When magma flowed into a large fissure on Mt. Daly, it left behind an intrusion of igneous rock. The mountain’s two narrow ridges, or arêtes, were formed when two glaciers diverged from the same point.

Named after a National Geographic Society president, Augustus Daly, Mt. Daly doesn’t see near the traffic that it’s next door neighbor Capitol Peak draws. While it’s a long haul from the Capitol Lake Trailhead—almost 14.5 miles and just over 4,000 feet of climbing—climbing Mt. Daly in a day is common for experienced and fit peak baggers. An overnight stay at Capitol Lake, situated at the base of both Daly and Capitol, offers more time to enjoy one of the area’s most scenic camp spots. Your camp neighbors will most likely be summiting Capitol in the morning or just enjoying a day at the lake. From the saddle between Daly and Capitol, it’s a rock scramble along a ridge to the summit, which climbers claim offers views of every 14er in the Elk Range and a superlative view of stunning Capitol Peak. The trick to getting your parents out for a mountain adventure is to let them know how easy it is...

Let's face it, the return of live music has been one of the BEST parts of summer 2021! Whether you...

Let's face it, the return of live music this summer has been welcomed with open arms. If last year taught...